IT-Technologies in use of oil industry workers 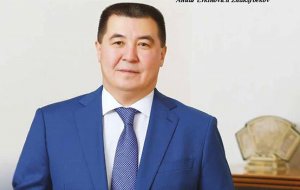 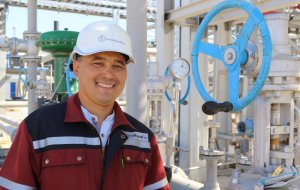 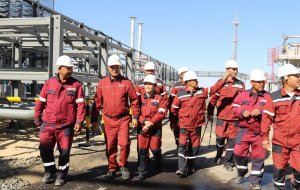 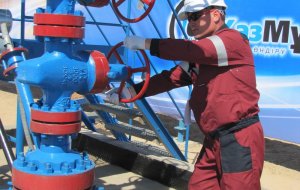 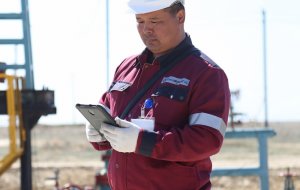 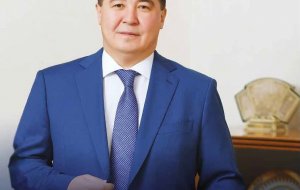 There are mostly the worked-out deposits on the books of Embamunaigas JSC, which makes the goal of applying advanced technologies for stimulation of production particularly acute. And the current period of low prices makes you sensitive to reduction of costs.

The Chairman of the Board of Embamunaigas Joint-Stock Company Anuar Erkinovich Zhaksybekov told us about the Company’s plans to ensure production growth on its assets and how to reduce the Company’s costs.

- Today, IT-technologies are steadily conquering oil and gas market. In the new economic environment, when oil and gas companies find hard to spend money without a payback of their investments, the introduction of IT technologies becomes an inevitable condition for efficient extraction. Tell us about your Company's experience in this direction?

- Over the past few years, the Company has been actively introducing new technologies and projects. I would like to especially note one of them, which is the «Smart deposit", the implementation of which began in 2016 within the small field of Uaz and the results were excellent.

This technology provides continuous processing of field work data for operational control and rapid decision making. The growth in output is driven by optimization of the production regime, with the optimization of equipment operation resulting from this. That, along with centralized management and remote monitoring, provides a reduction in capital and operating costs. This increases the safety and reduces production risks.

Today, parameters of wells of the Uaz field are transmitted online to the dispatcher office of Oil and Gas Production Department (OGPD). At the same time, all the information is sent to the Center for Visualization of Production Processes in EMG, where it is analyzed again and long-term planning is carried out based on it. And the experts of all branches of the Company's management are involved in the process of remote monitoring and management of oil production facilities.

- You said that the application of the concept of "Smart Field" in the Uaz field produced good results. Could you tell us more about them?

- Since the commencement of the project, energy costs have been optimized at the field: energy consumption has been reduced by 35%. Additional production of 1,360 tons of oil has been achieved by increasing the operating factor of the existing well stock, and the number of wire line operations was reduced accordingly. The recording of oil extracted from each well has been streamlined. This would recoup investments within 2-3 years from the moment of SF introduction.

Today the concept of a digital oilfield is replicated to other fields of Embamunaigas JSC. In 2017, we implemented the project at the Prorva group of fields (Aktobe, West Prorva, Dosmukhambetovskoye, S. Nurzhanov). It's too early to talk about the results. Upon completion of this stage, it is planned to analyze historical data and the system’s operation as a whole.

- What difficulties did you encounter during the implementation and replication of this project? Did you use similar experience of other companies?

- In view of the fact that the project at the Uazfield was a pilot project, we faced some difficulties.

A huge work was done to study complex solutions of typical projects of Western oil companies, as well as their adaptation to our field. At present, the largest oil companies have divisions engaged in development and implementation of the Smart Field concept: Smart Fields of Shell, the Field of Future of BP, iFields of Chevron, and others. Similar units are in the largest national oil companies, including Saudi Aramco, Petrobras, Kuwait Oil Company.

The analysis of global experience of oil fields with the system of Smart Field shows that its introduction leads to an increase in the design oil recovery factor by 10-20%; the speed of decision-making increases by 20-40%; operating costs are reduced by 30-50%; profit increases by 10-35%.

In general, the world oil and gas industry plans to invest more than $1 billion in the establishment of smart fields over the next 5 years.

- In recent years, EMG has implemented a number of projects for business development. Could you tell us about them?

- In recent years we have been implementing projects aimed at reducing costs and increasing production efficiency.

The first project was related to the optimization of commodities in warehouses. As is known, business of an oil company also depends, among other things, on the availability of oilfield and other equipment in the warehouses.

At the same time, it is equally important for an oil company not only to ensure that the required quantity of necessary equipment is available in warehouses, but also prevent the overstocking of warehouses with illiquid commodities. In order to solve both problems, the oil company must have accurate information on the number of stocks and a clear description of the characteristics of each type of inventory.

We did a lot of work on inventorying all kinds of commodities in the warehouses and conversed each type to a common format. This really made a difference: positions were identified which in different warehouses were under different formats, so they were not identified as identical. As a result, we were able to get rid of the overstocking of warehouses. At that point, any information about stocks has become available in real time; inventory turnover has improved.

Secondly, we launched a project to optimize transportation support, which was introduced in the pilot mode at the OGPD Zhayykmunaigas. Taking into account this experience, now all the divisions update their fleet vehicles, a GPS control system for vehicles is introduced, fuel consumption sensors are planned to be installed, centralized control of transport supply process is created. These measures have made it possible to improve efficiency of transport provision by reducing fuel consumption.

The next project is maintenance and repair of equipment, which was introduced in the pilot mode at the OGPD Zhayykmunaigas. We expect that this results in an increase in the turnaround interval and equipment utilization rate, and the share of unscheduled activities will decrease.

- Your Company is engaged in the development of young professional for the oil and gas industry. Tell us more about this.

- Indeed, the issue of training qualified specialists is a matter of first priority for the Company. Only within the framework of the project on dual training for the last two years, 64 graduates of the Atyrau Institute of Oil and Gas and APEC Petrotechnik received various working professions on the basis of our production sites. 16 of them were employed in the Company.

Every year, we expand the list of professions under which the students undergo a course of dual training. This year, the students of the Department of Chemical Technology of Organic Substances are trained at a new associated petroleum gas processing plant of the Prorva group of fields. Let me remind you that all the costs for students’ training, including accommodation, meals, provision of overalls and compensation payments, are carried by JSC Embamunaigas.

- Processes of procurement of goods, works and services (GWS) are important for ensuring production activity of an oil company. What is the volume of the Company's purchases and what is the share of local content?

- Embamunaigas is part of the Samruk-Kazyna holding, therefore, purchases are made in accordance with the procurement rules of the holding and are held in its electronic procurement information system.

According to the plan for 2018, total procurement of GWS is more than 55 billion tenge. Suppliers from all over the world can take part in EMG purchases. So, for example, more than 400 companies are currently the partners of JSC Embamunaigas.

At the same time, work is underway to support domestic manufacturers and organizations of disabled people by providing various preferences in procurement, including provision of conditional discounts and procurement only among the producers of Samruk-Kazyna holding and organizations of disabled people. The share of Kazakhstan's content in GWS exceeds 75%. And we are open to dialogue and cooperation with all potential suppliers.

- Anuar Erkinovich, last year was quite busy for your Company. What were the operating results by the end of 2017?

- In 2017 the Company produced over 2.8 million tons of oil and 199.75 million cubic meters of natural gas. We have successfully launched a major project - a complex gas treatment plant of the Prorva group of fields with a capacity of 150 million cubic meters per year. The project was implemented under the Program for utilization of associated petroleum gas of JSC Embamunaigas. Thanks to the installation, we have minimized gas flaring. Commodity gas is now supplied commercially to the Tolkyn GGS. I will remind you that similar plants have been operating for several years in OGPD Zhayikmunaygas (Isatai district) and OGPD Dossormunaigas (Makat district), from where gas is supplied at a preferential price to the population of three districts of Atyrau region.

- Who are the buyers of your production?

- Our products go both to the domestic market and for export. According to the rules of the Ministry of Energy of the Republic of Kazakhstan, the crude oil is first delivered by the domestic oil refineries, such as POCR and AOR. As for exports, it goes along two main oil pipelines: CPC and Uzen-Atyrau-Samara (UAF) to the Russian seaport Novorossiysk on the Black Sea. Last year the Company exported about 2.8 million tons of crude oil.

Natural gas produced by the Company is sold only on the local market. Three gas treatment facilities located in the S. Balgimbaev, East Makat and Prorva fields are producing commodity gas that covers the needs of the population of Isatay, Kzylkogin and Makat districts of Atyrau region, and is also directed to the Central Asia-Center gas trunk line.