Embamunaigas JSC took the third place In the rating of openness of oil and gas companies of Kazakhstan in the field of environmental responsibility, organized by the World Wildlife Fund (WWF) of Russia and CREON group with the support of the Ministry of Energy of Kazakhstan and in partnership with the UN environment Program in Central Asia.

On the eve of the holiday,  EMG oil workers visited the area of Karashungul on the contract territory of EMG, where the historical well No. 7, which gave the first fountain of oil on the Kazakh land in 1899, is located.

250 tons of granulated sulfur were shipped to the Prorva group of fields developed by Embamunaigas JSC. 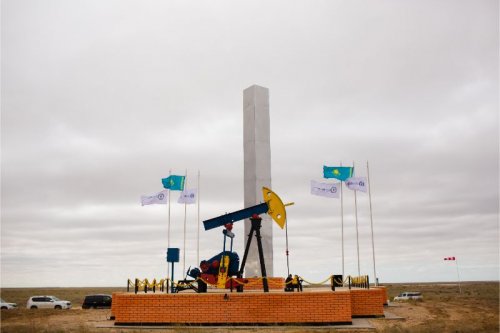 Since April 24, 2017 - by the decision of the Board of Directors of Embamunaygas JSC Anakar Yarkinovich Zhaksybekov has been appointed the Chairman of the Management Board of the Company.

In June 2017, the OAG treatment unit was commissioned on the largest oil producing facility of Emba, the Prorva group of fields located in the Zhylyoi district (Zhylyoimunaygas OGPD), with a capacity of 150 million cubic meters per year.

In February 2016, the Company announced the results of exploration activities at the north-eastern flank of S. Nurzhanov field, Liman and Akkuduk blocks in Atyrau region.

As part of the campaign to optimize costs and increase labor productivity in Emba, a pilot project was launched to introduce the concept of an intellectual field at the young Oise field in the OGPD Kainarmunaygas - the production and structural subsidiary of Embamunaygas in the Kyzylkoginsky district and the project to optimize the logistics processes. 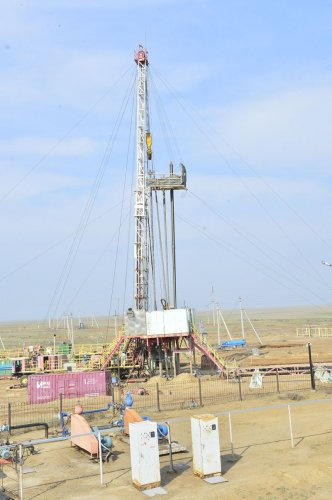 Within the framework of the Fellowship Programme, since August 2015 the Company has selected, sent and paid for training to APEC Petrotechnic under the Fellowship Programme of 5 students, including from the vulnerable social groups of the population, in the specialty "Operation of oil and gas fields". Within the first year of the dual training project in the pilot mode, since August 2015 the students of the Atyrau Institute of Oil and Gas and the ARES Petrotechnic Higher Technical School each year combined theoretical studies in educational institutions with work on rotation at the operating fields of JSC Embamunaygas.

And in September of the same year, the Company's interactive museum was presented by the professional holiday of Petroleum Producers. 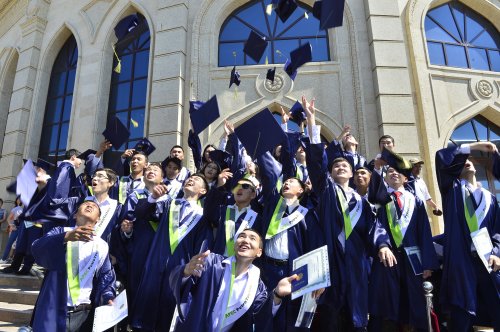 A collective agreement was concluded for 2014-2016, according to which all social guarantees for Petroleum Producers were preserved and improved.

In April 2014 a Unified System of Wages for employees working in exploration and production divisions was implemented throughout the NC KMG Group. In the same year, the Collective Agreement was named the best document in Kazakhstan according to Paryz state-wide corporate social responsibility contest.

And in October of the same year, the company's management office moved to a new beautiful and modern 8-storey building, built by a subsidiary of the South Korean company Dongil Construction CO. Ltd. At the initiative of M. Dosmukhambetov, JSC Embamunaygas begins the work on creation of an interactive museum. 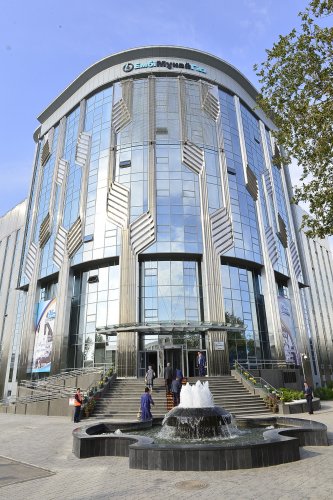 The complex work on utilization of associated petroleum gas was commenced. The Program was developed, within the framework of which in 2013-2014 the Complex Gas Treatment Units were commenced at the fields of S. Balgimbayev ("Zhayikmunaygas" OGPD) and East Makat ("Dossormunaygas" OGPD), supplying natural gas to the population of three districts of the Atyrau region today. The cost of each of the Units is more than 3 ml. tenge. 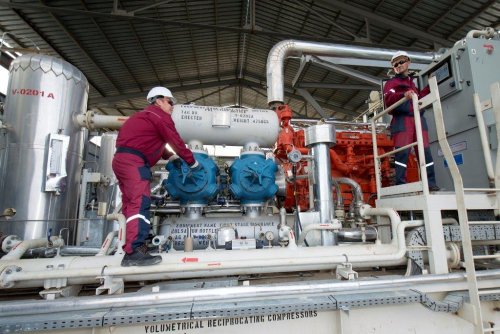 Since October 1, 2012, Embamunaygas has been transformed into a joint-stock company after an 8-year stay in the status of a production branch (PB). In 2004, JSC "Exploration Production KazMunayGas" was established through the merger of JSC Uzenmunaygas (UMG) and Embamunaygas (EMG). In the same year, Embamunaygas was transformed into production branch - PB. 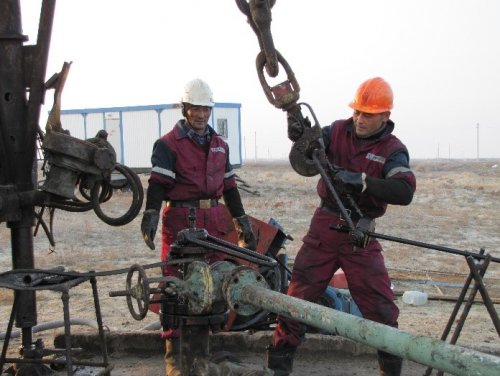 In 1999 by way of merger of Embamunaygas JSC with Tengizmunaygas JSC it was created Kazakhoil – Emba JSC. 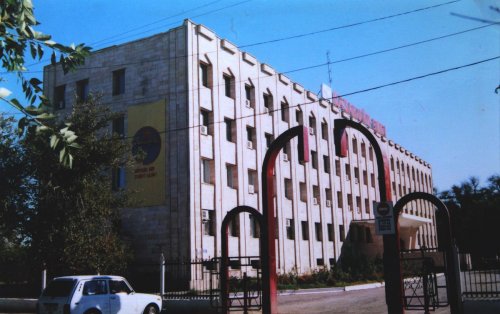 In 1993 the oil-producing enterprise was transformed into JSC Embamunaygas. 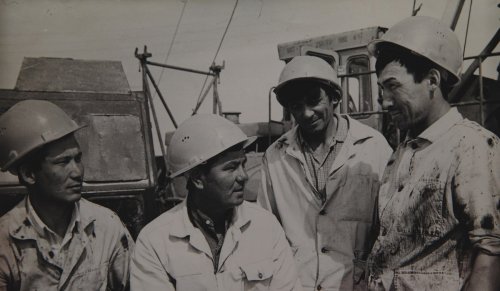 The most important and significant was the discovery in 1979 of the giant oil and gas field "Tengiz". A group of Emba oil geologists who contributed to the discovery and development of this unique field were awarded the State Prize of the Republic of Kazakhstan.

In the early fifties, Emba was intensively explored, which resulted in the discovery of two fields - Karsak and Terenozek. 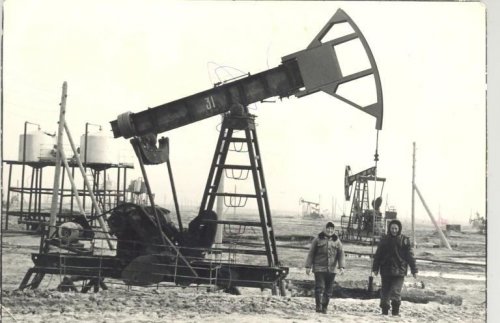 In 1945, the Embaneft Trust was rearranged into the production corporation Kazakhneft. Its structure included all enterprises of the oil industry in the territory of the Kazakh SSR. By the end of the 1940s, production had approached one million tons per year, and in 1968 it had reached 2 million tons. During the Great Patriotic War, "Embaneft" did not stop its work for a minute and brought production to 800 thousand tons a year. Contrary to the difficulties of wartime, the oil pipelines Komsomolsk-Makat, Koshkar-Sagiz were laid; a steam turbine power plant was built at Kamyskul and the oil refinery was constructed in Guriyev. 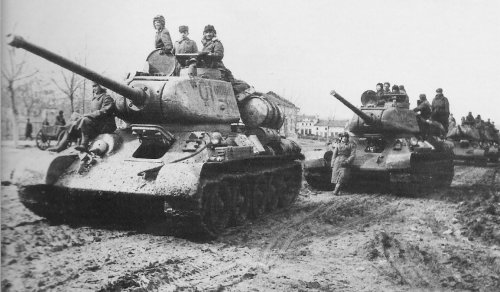 In 1938, the Vostokneftedobycha Corporation, comprising the Embaneft Trust, produced about 4 million tons of oil. At that time (about a year), the corporation was headed by a hereditary oilman, later an outstanding statesman for a long time managed the oil industry of the country, and then the State Planning Committee of the USSR, Nikolai Konstantinovich Baibakov (1911-2008) 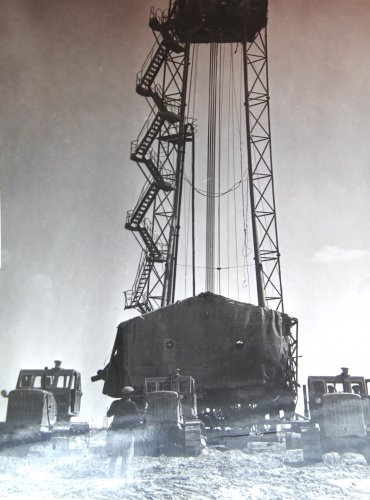 During the industrialization of the 1930s, the Embaneft Trust completely crossed over to oil extraction by the bore-hole pumps. At the same time, the use of natural associated gas for heating boilers and domestic needs was commenced. 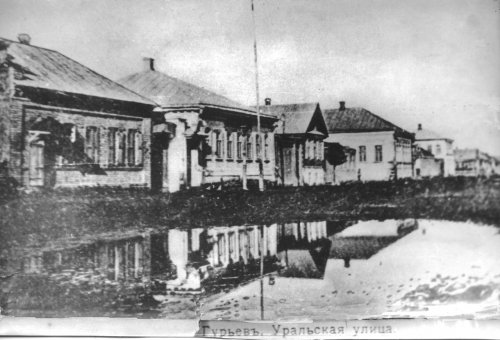 In 1922 for the development of Dossor and Makat fields there was created the trust "Embaneft". By the end of 1940, the production fields of the Ural-Emba district yielded 750,000 tons. In 1920, for the industrial development of oil fields, there was created the Ural-Emba district oil fields management. In 1915, the first oil extraction started in Makat field, discovered by the company "Nobel". On April 10, 1912, with the help of foreign investments, the Oil producing and trading joint-stock company “Emba” was founded. During the same period, the London Stock Exchange issues shares, designated to stimulate oil production in Kazakhstan's production fields. In April of 1911, a major oil field was discovered in Dossor, which was superior to Baku oil in quality. 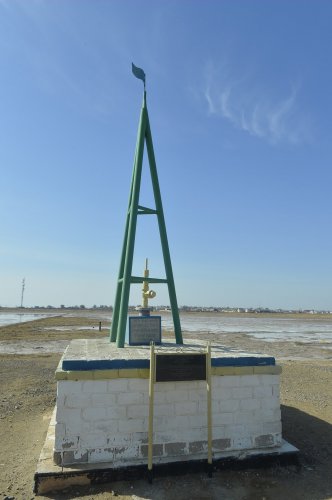 In 1908, the high-gravity oil was produced at the Eskene field. The oil fields of Kazakhstan received the world attention after discovery of major oil fields Dossor and Makat. In 1899, the first oil fountain hit at the Karashungul field, which gave start to Kazakh oil industry. In 1893 the intensive exploration drilling began in the areas of Dossor, Karaton, Makat and Karashungul. The first geological prospecting and exploration works for oil were commenced at the Eskene field in 1892.